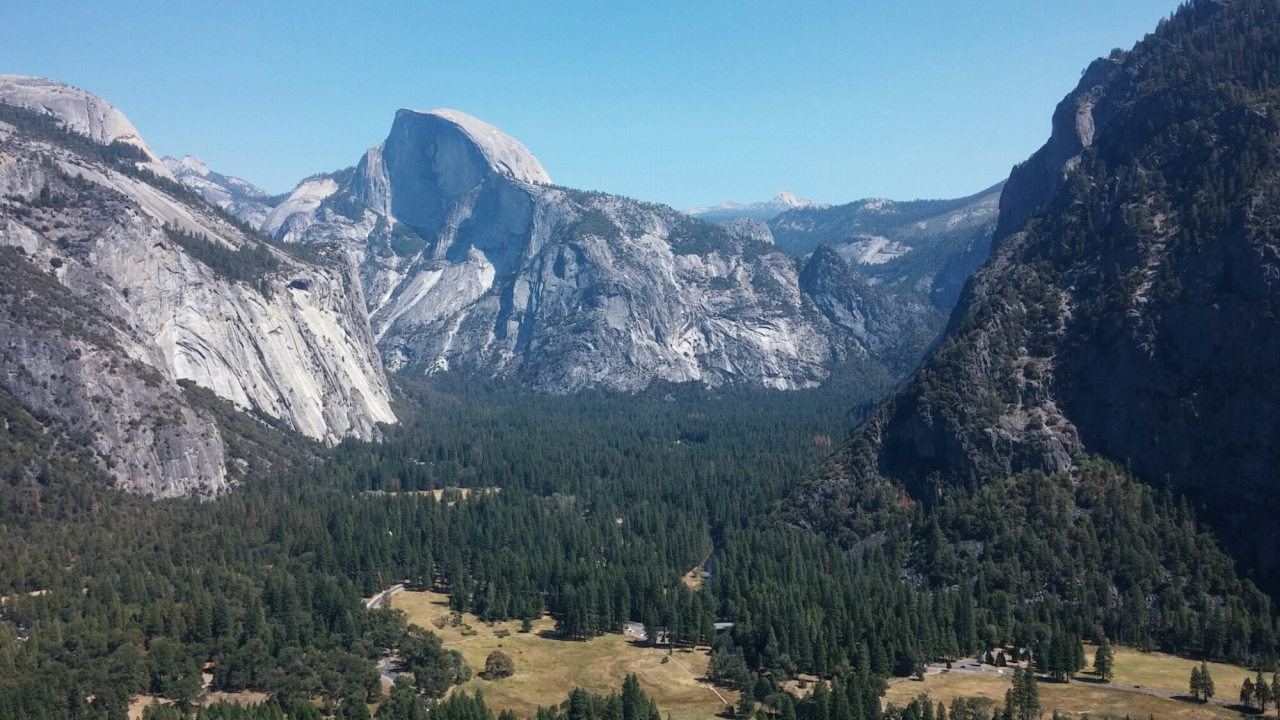 Fires, fires, fires. That sums up California and our worries about the trip that Tim and I have been planning. Well, mostly Tim ~ he’s just letting me tag along!

The John Muir Trail is 220 miles from Yosemite Valley to Mt Whitney. We’ve packed and mailed off food resupplies along the route, and plan to spend a month along the JMT and side trails. There is a huge fire in Sequoia National Forest that is sending horrible smoke into the King’s Canyon section of the trail. So we have several contingency plans, but are hoping the fire is under control in a few more weeks …

Flying into San Fran, we have our first view of the mountains! 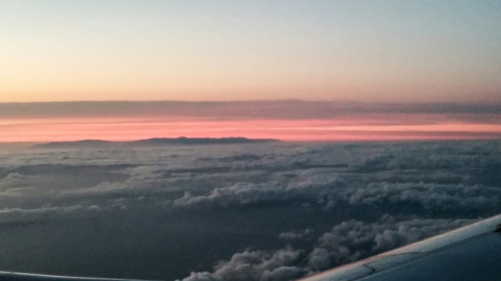 Our friend Kersten’s dad, George, offered to pick us up at SFO and give us a ride to Yosemite. SO much easier than figuring out public transportation and he is an excellent tour guide, too!

He brought along a box of killer doughnuts. I can’t eat gluten, but nibbled on these little treats anyway…  Tim did his part to help eat my share! 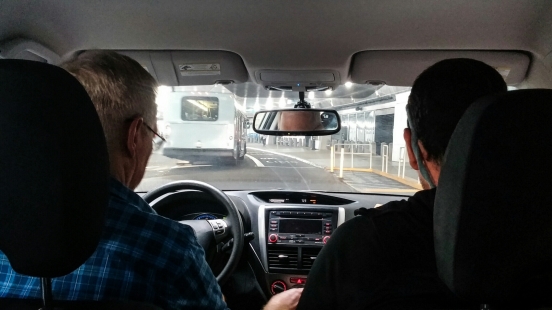 Heading up to Yosemite, we stopped to stretch our legs and look at the Giant Sequoia grove. After two red- eyes and a few hours in the car, we were sure ready for a walk!

The drive into Yosemite Valley is stunning. It is my first time here, and my jaw keeps dropping as we see all the iconic scenes. 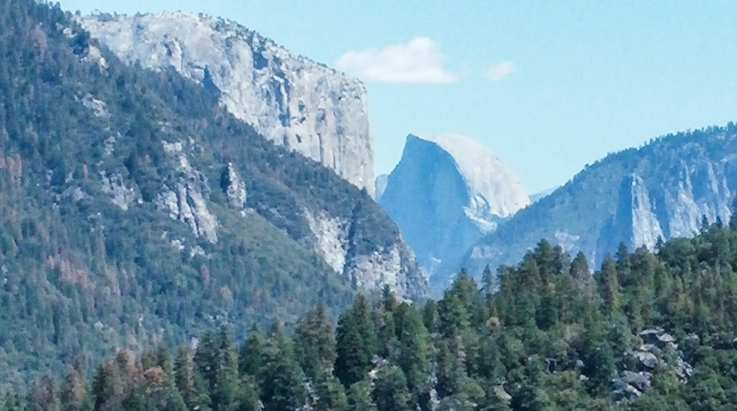 Just sitting by the river is delightful!

We all got settled in, then did a tourist day of looking about and another short walk to Mirror Lake. Which was more like mirror beach ~ it is so dry that even Yosemite Falls is dry.. 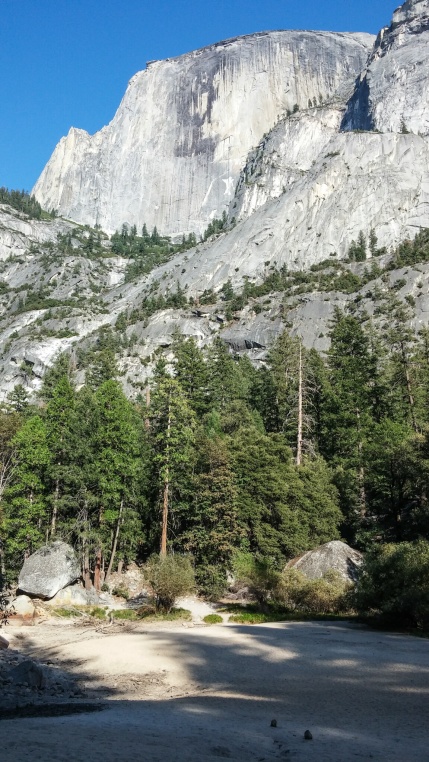 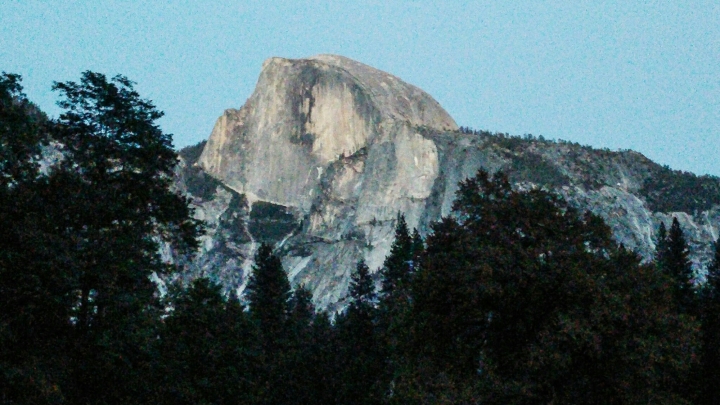 Sunset colors on the mountains…

Climbers on El Capitan at night!

After a good night’s sleep (finally! ), we did some more exploring of the valley with George.

The most important item on the agenda for Yosemite Valley: securing a permit to hike the JMT. From what we had read, 40 percent of the permits are given on a first-come, first-serve basis at the backcountry office at 11 am each day for departures the following day. We went in the first day, and were told that we could only get permits as far as Tuolumne Meadows. They had changed the process. As we waited in line the following day, George went inside. He came out a bit later with a large smile, saying that he could not keep a surprise. While Angry Andy the day before had been useless, Helpful Helen today had been great. George told her that his friends had come all the way from American Samoa to hike, and she said ‘we better get them on the trail!’ There was a cancellation, and we got the permit!  We were SO grateful~ it secured our trip and would make our time in Tuolumne Meadows four days later stress-free. Now off to explore the valley…

Camp Four is legendary in the climbing world, and it was cool to walk around and check it out. 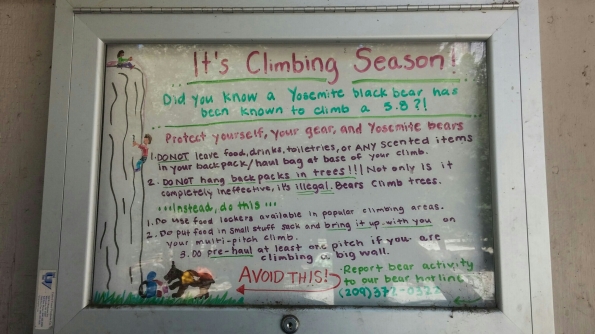 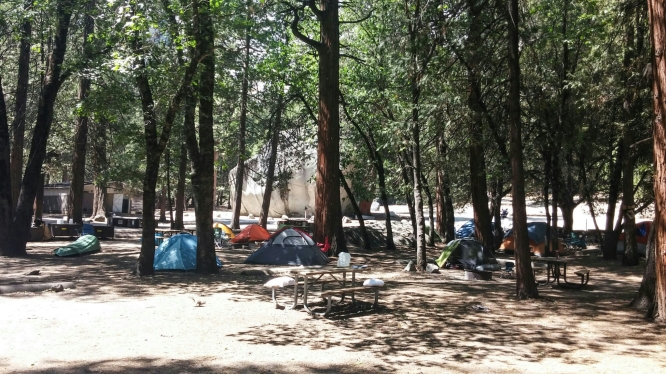 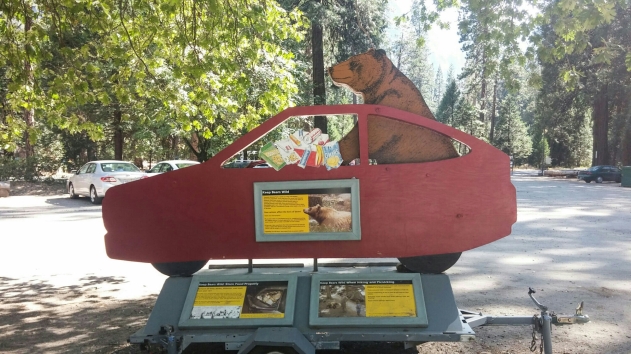 Next, a mile or so up to a viewpoint at Columbia Rock. I just don’t tire of staring at Half Dome! 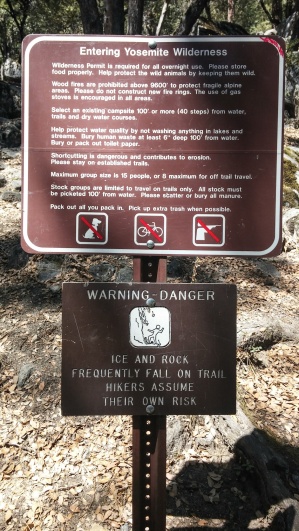 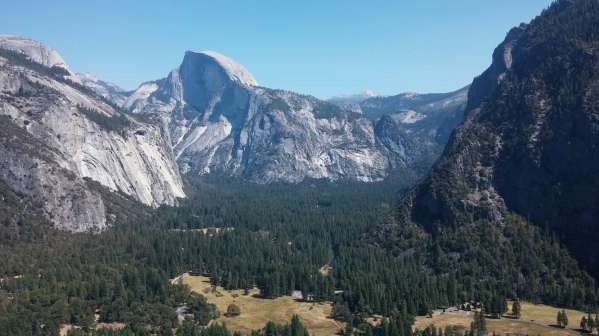 We headed back down, saw George off (SO grateful for his time and company!), and finished off our packing for the start of backpacking the following day. We saw a coyote in camp!  And raccoons. I do miss wildlife living on an island…

One thought on “Backpacking the Sierra Nevada ~ California ~ Yosemite Valley”