On our last afternoon on Ofu, a small group of us hiked to the top of the island. We left around 2 pm and weren’t all sure we’d make it…  it was SO hot and the bottom of the trail has been cleared so much that there is no shade…  Apparently ASPA (American Samoa Power Authority) has had it cleared so they have better access to the radio receiver at the top.  At least it isn’t the whole trail…  Looks like a potential huge issue with erosion and run-off into the harbor, but what is done is done. But I digress.

So we sweated our way to the top and then down to the Tumu overlook.  Our plan was to be up there for sunset, star viewing, and then see coconut crabs on our way down after dark. Coconut crabs are quite the delicacy in the Pacific Islands.  Tutuila (the main island) has few if any, but Manu’a and the other outer islands have much smaller populations and there are still coconut crabs. I’d like to say they are abundant, but we’ve been hearing of them being sold in the market on Tutuila which means that someone is harvesting them in Manu’a and shipping them over.  Unfortunately that will decimate the population of the crabs fairly quickly.  I asked the guys on Ofu and they said that they only harvest them to eat themselves, as they know it is a limited resource.  Of course, John and Ricky work for the National Park so are educated in conservation!  Everyone does say that they are delicious, but I haven’t tried one.

The views are spectacular from the overlook! We were too cold to stay for a star show (since we were sweaty and the wind was strong), but we did see several crabs on our way down. 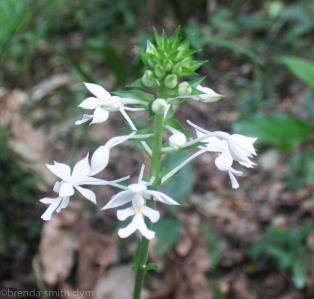 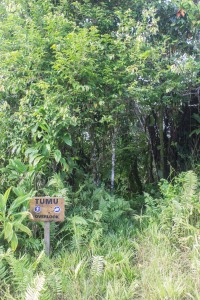 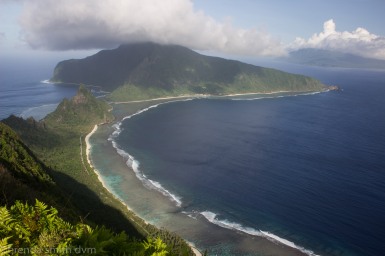 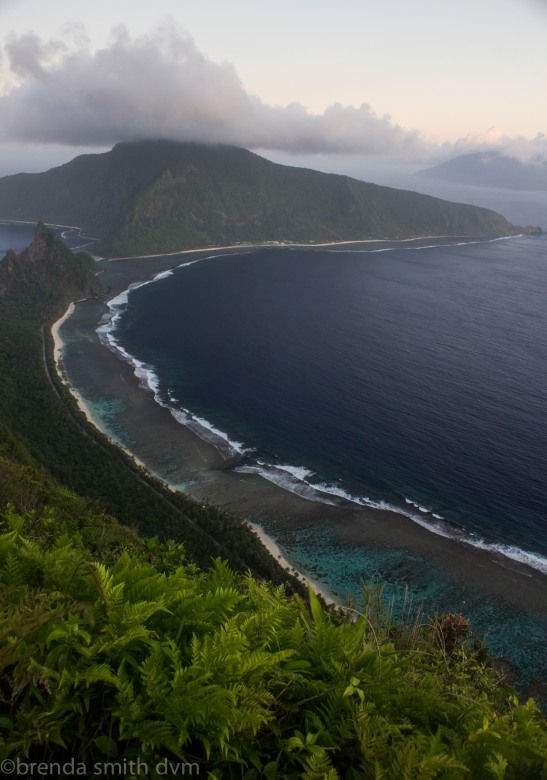 The reef here is outstanding. Olosega is the farther island, Ta’u in the distance.

This guy was huge.

You can compare his size to Mark’s shoe!