I went to Zanzibar with two friends from the photography safari, Stephanie and Wayne. I’m not quite sure how they spent their time whilst I was off diving all day (probably photo editing!), but we got together for excellent meals in the evenings. 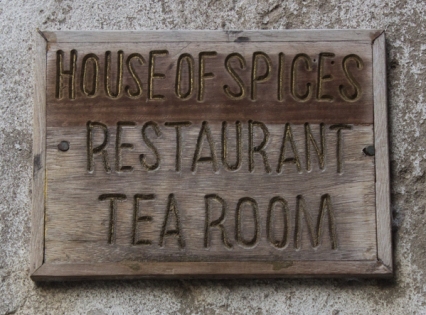 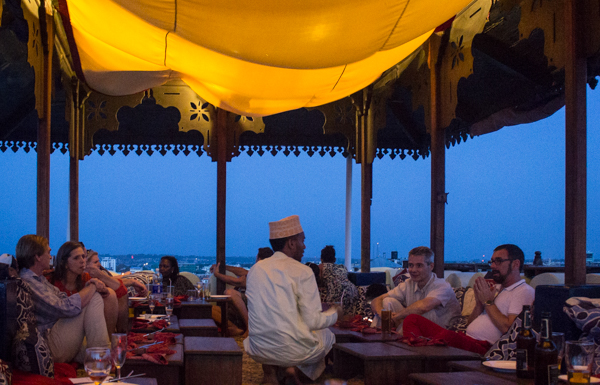 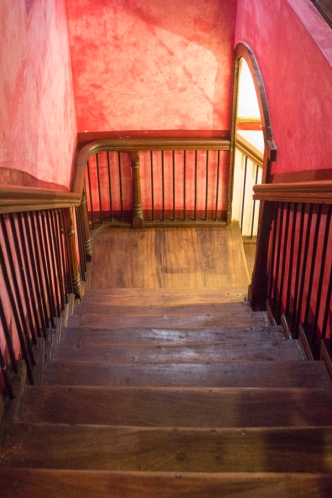 We also spent a day wandering the streets and investigating the market. There were a lot of packaged things like spices rather than the large quantities in buckets that we were expecting.  More sanitary I suppose, but much less interesting for pictures! 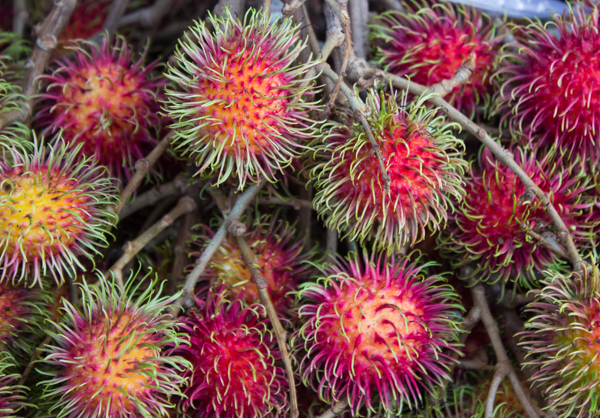 Rambutan at the market

Cat at the market

For our last night, we splurged and went to The Rock. It is on the east side of Zanzibar, a bit over an hour’s drive from Stone Town.  Wayne and Stephanie got to experience riding with me in the cruiser… Stephanie was in the back, giving directions off the map on her phone. Wayne was mostly white-knuckling the dashboard.  We were about halfway there and passing a park with monkeys that we had hoped to visit (not enough time!) when we were motioned over to the side of the road at a traffic barricade.  The (I assume) policeman asked us for my license and the papers for the car.  I handed over the papers that I was given by the rental guy.  The policeman harrumphed and asked for my real driver’s license.  I gave him the Hawaii one, thinking it would avoid a long discussion about the existence of an island called American Samoa… He went on to explain how tourists get taken advantage of by being given papers without their name on them, and then the same papers can be sold repeatedly. I couldn’t figure out if I had bad papers or what, but I suggested that I could just fill in my name now, and that I had a pen!  I’m not exactly sure what was going on, but he seemed to be okay with that idea and Stephanie wrote in my name.

The policeman seemed satisfied and waved us on. About 200 yards later, we were flagged down by another policeman on the other side of the road.  I stopped, rolled down my window, and explained to him that we had just been pulled over on the other side of the road a few minutes before! English is not their first language, it is Africa after all, but I managed to make him understand what I was saying. He waved us on, and as we pulled away Wayne and Steph were both freaking out! I was surprised, but they were going on that I had balls or something… Apparently the policemen both had rifles or maybe small machine guns and my passengers thought that I should have just given the second one the papers again without a word. Perhaps I am either stupid or brave. Uncertain…

After a bit more driving and a lot of laughter we arrived at the restaurant. A few drinks, some pictures, and an amazing meal followed. The three of us became good friends very quickly, and got along very well.  I guess  we complement each other as our personalities are all very different. They definitely made my trip to Africa a notch or two better!

We dropped Steph off at her home for the next few days, a beautiful place on the beach a few miles south of the restaurant. Wayne and I had an equally adventuresome drive back to the hotel, involving a lot of road construction and gravel and barricades.  It was certainly not the same route that Stephanie used! I honestly was unsure if I was even on the correct side sometimes, as one side was under construction but in the dark they both looked the same…  Wayne did not have a heart attack and we arrived safely, eventually. 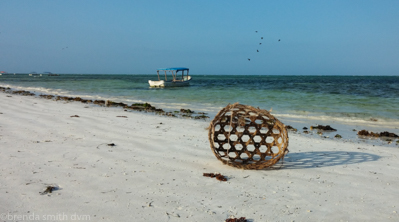 Basket on the beach with a traditional boat anchored nearby 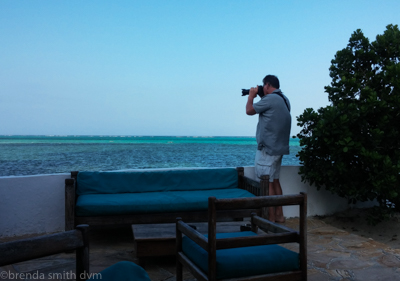